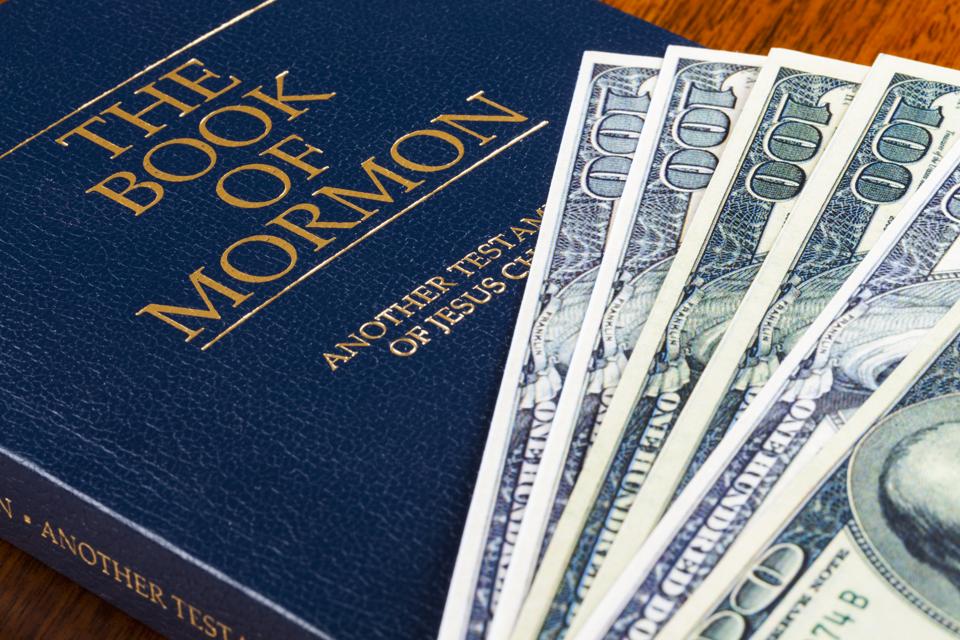 Concern about the $100 billion Mormon horde, the “scandal” I have dubbed EnsignGate seems to still be a thing. I have a little more to share on it, but I would also like to do a bit of review of my Mormon coverage. I have made an attempt to stake a big claim to the religion section of the tax blogosphere and perhaps due to limited competition have had some success.

The Intersection Of Religion And Tax

Mormonism’s limited appearance in the body of tax litigation compared to evangelical Protestant denominations is mainly a result of numbers, but its unique financial structure is also a factor. Like Catholicism, Mormonism is hierarchical and based on a form of apostolic succession with one person at the top, the President of The Church of Jesus Christ of Latter Day Saints who is considered a prophet who can receive revelations. The current President of LDS, Russell M Nelson is the seventeenth.

You really could compare President Nelson to Pope Francis. They can both say things that all the members are then supposed to believe. (Popes do not do that very often. It’s complicated.)

But when it comes to church money, there is a big difference. My sister, a nun, used to like to tell me innocent Catholic jokes. One of them was about the things that the Pope doesn’t know. There were three. What a Jesuit is thinking. How many different types of Franciscans there are. And, relevant to this discussion, how much money the Benedictines have. Very different with LDS.

Money that Catholics give to their church and its various institutions rarely makes its way to Rome. Mormon tithes, on the other hand, all go to Salt Lake City. I haven’t figured out how precisely the operating expenses are handled from there, but I don’t think any other church operates in such a top down manner.

There are definitely advantages. Churches with congregational polities show up in tax cases as ministers have a hard time distinguishing between their assets and the church’s assets. The Mormons don’t have that problem, because everybody at the local level is a volunteer. This made the parsonage controversy, which I covered extensively of little moment to the Mormons, although Professor Samuel Brunson did speculate that it might have mattered a little.

“The church almost certainly either provides in-kind housing or designates a housing allowance for General Authorities who draw a salary from the church. Those General Authorities almost certainly qualify as “ministers of the gospel.” The parsonage allowance lowers the cost of employing them, and it would border on malpractice if the church didn’t take advantage of the parsonage allowance.”

Since there are only 109 general authorities for about 15 million members worldwide, exclusion of the housing allowance would not be that big a deal. There was, however a Mormon housing case of a different sort. In 2013, the question of whether housing for volunteers serving as the DC temple in Maryland was exempt from property taxes. The Maryland Court of Appeals overruled the Maryland Tax Court holding that the residence where 50 to 60 ordnance workers, mostly retired married couples, lived was exempt from property taxes. As a convent. I found that kind of amusing.

Mormon tithing came up in the Supreme Court decision Hernandez V Commissioner in 1989. The case was about whether the fees paid for Scientology “auditing” were deductible as charitable contributions given that there was a quid pro quo.

Since being a full tither is one of the requirements to be admitted to the temple and participation in services, the Mormon practice was raised (along with Protestant pew rents, Catholic Mass stipends and Jewish temple dues) as an example of quid pro quo practices that were never questioned by the IRS.

A tithing case which went deeper into Mormon practice was that of George Thompson. The case was not about computing Thompson’s tax, which was already determined to be more than he could ever likely pay. It was a collection case. It was about determining what living expenses he would be allowed in computing how much he would pay.

Among the living expenses he claimed was his tithe. Failure to tithe would disqualify him from church offices he held making it a matter of religious liberty. The Tax Court was not buying it.

“Laws of general applicability that require persons to meet certain general requirements of citizenship, such as paying taxes, cannot be avoided by the fact that they indirectly make it more difficult to fulfill a purely religious duty, such as a member tithing a certain amount to his church or making a pilgrimage to a shrine in a foreign country.”

Title to LDS property is in the name of the Corporation of the President of the Church of Jesus Christ of Latter Day Saints, a corporation sole. This is like Catholics although even more centralized. The Catholics will have a corporation sole for each diocese. This is a reasonable technique for hierarchical churches – associating the property with the office.

Churches with more of a congregational polity need to stay away from this form.

In God And The IRS, which I reviewed, Professor Samuel Brunson dug into many church tax controversies and did not neglect his own LDS. In his view, the exclusion from taxable income that exists, at least in practice for Mormon missionaries is not justified.

As you can gather, Mormons as a whole have not really provided as much tax amusement as Kent Hovind, who is just one guy, but the issues that they do raise tend to be unique. The same goes for the current “scandal”.

The main source of outrage is that they seem to have saved up too much money. I think this qualifies as a unique problem for a church. Frankly, I don’t have a dog in the fight, but I think the outrage, which is compounded by lack of transparency is a little overblown.

Remember that Mormons were severely persecuted in the 19th Century. Church years are the opposite of dog years. 150 years ago is not that long ago in the history of a church. So adopting a policy of paying for everything out of current funds and putting aside some every year in case something really, really, really bad happens is reasonable.

Ensign Peak Advisors has been at it for slightly over twenty years and has accumulated, according to the whistleblower’s account, $100 billion. That works out to about $7,000 per member or $350 per member per year. Knock on wood, nothing really, really bad has happened.

If that really bothers you, you might not really want to be a Mormon. If that’s the case and you still want to go to church, you will have no problem finding a church where things are hand to mouth.

What About The IRS?

I came out pretty early that I don’t think there is really anything here for the IRS to look at. If the church had not involved a separate entity, there would be nothing at all. That seems to be the building consensus. I did find somebody who sees it differently Amish Mehta, Partner and Non-profit practice leader at Friedman LLP wrote me:

“The Washington Post article regarding the whistleblower complaint raises some serious questions regarding how 501(c)(3) organizations should be operating. One of the challenges in investigating religious organizations is the lack of financial information available as they are not required to file the typical Federal Form 990. The subsidiary set up by the Mormon Church, Ensign Peak Advisors (ESP), as a separate 501(c)(3) organization, manages the investments of the church. It would also be required to comply with the rules governing 501(c)(3) organizations. The allegations made state that ESP simply takes surplus contributions from the Mormon Church and invests such funds for the purpose of growing its investment portfolio through the accumulation of investment income from its activities. As per the IRS, religious 501(c)(3) organizations “must be organized and operated exclusively for religious, educational, scientific or other charitable purposes” and hence, if the allegations are true, ESP’s activities would not meet such a definition.”

It really boils down to whether you evaluate Ensign Peak independent of LDS. If that were to turn out to be the case, I think the advisers who recommended this course will end up pretty embarrassed.

The issue of whether churches should be exempt from the same transparency as other not-for-profits has been litigated. Generally speaking the concern about lack of transparency seems to usually be ministers essentially looting from their congregations. Nobody seems to be thinking anything like that is going on with the Mormons.

The Evangelical Council For Financial Accountability has transparency as one of its standards, so it should not be hard to find a church that practices that, if that is something important to you.

This “scandal” would be worth it if it raised a broader look at not-for-profits. With the innovation of Donor Advised Funds, we are seeing vast pools of untaxed capital not being put to current charitable use. My view is that if you don’t need it to do your mission, you can pay some taxes, but that’s everybody not just LDS.

3 Ways You’re Already Investing and How to Invest More | The Motley Fool
Here’s How Much Investing $1,000 In The 2011 Spirit Airlines IPO Would Be Worth Today
Thunberg Brushes off Mockery from US finance Chief
Trump just escalated his Twitter feud, and 4 other business stories you need to read today
Lost Retirement Plan Value During COVID-19? Here’s What to Do. | The Motley Fool