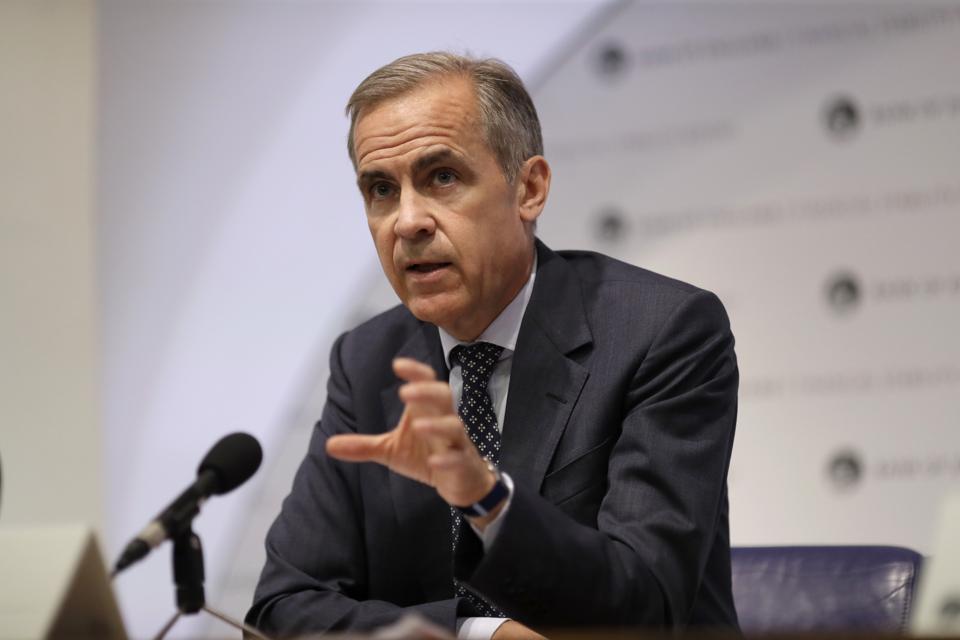 Topline: The global economy is heading for a “liquidity trap” and central banks are running low on ways to fight a future recession, warned Mark Carney, governor of the Bank of England, in a recent interview with the Financial Times.

What to watch for: Carney did admit that previous rate cuts from the U.S. Federal Reserve and European Central Bank were starting to flow into the global economy, but he emphasized the need for fresh supplements to monetary policy. “If there were to be a deeper downturn, [that requires] more stimulus than a conventional recession, then it’s not clear that monetary policy would have sufficient space,” he said.

Crucial quote: “We . . . have a statutory responsibility to identify the major risks to financial stability,” Carney said in the interview. “We can’t dodge that.” The Bank of England governor, who is set to depart his post on March 16, also quipped: “Hopefully [a recession] doesn’t arrive in the next 69 days.”

US tax codes, trade agreements incentivize overseas production, must change: AFL-CIO boss
Drew Brees, retire: Malcolm Jenkins says ‘I can’t let this slide’ as other NFL stars roast Saints QB | Marcus Hayes
Services sector PMI up from historic low
Here’s How Much Investing $1,000 In Southwest Airlines Stock Back In 2010 Would Be Worth Today
Twitter has a record-breaking week as users looked for news of protests and COVID-19